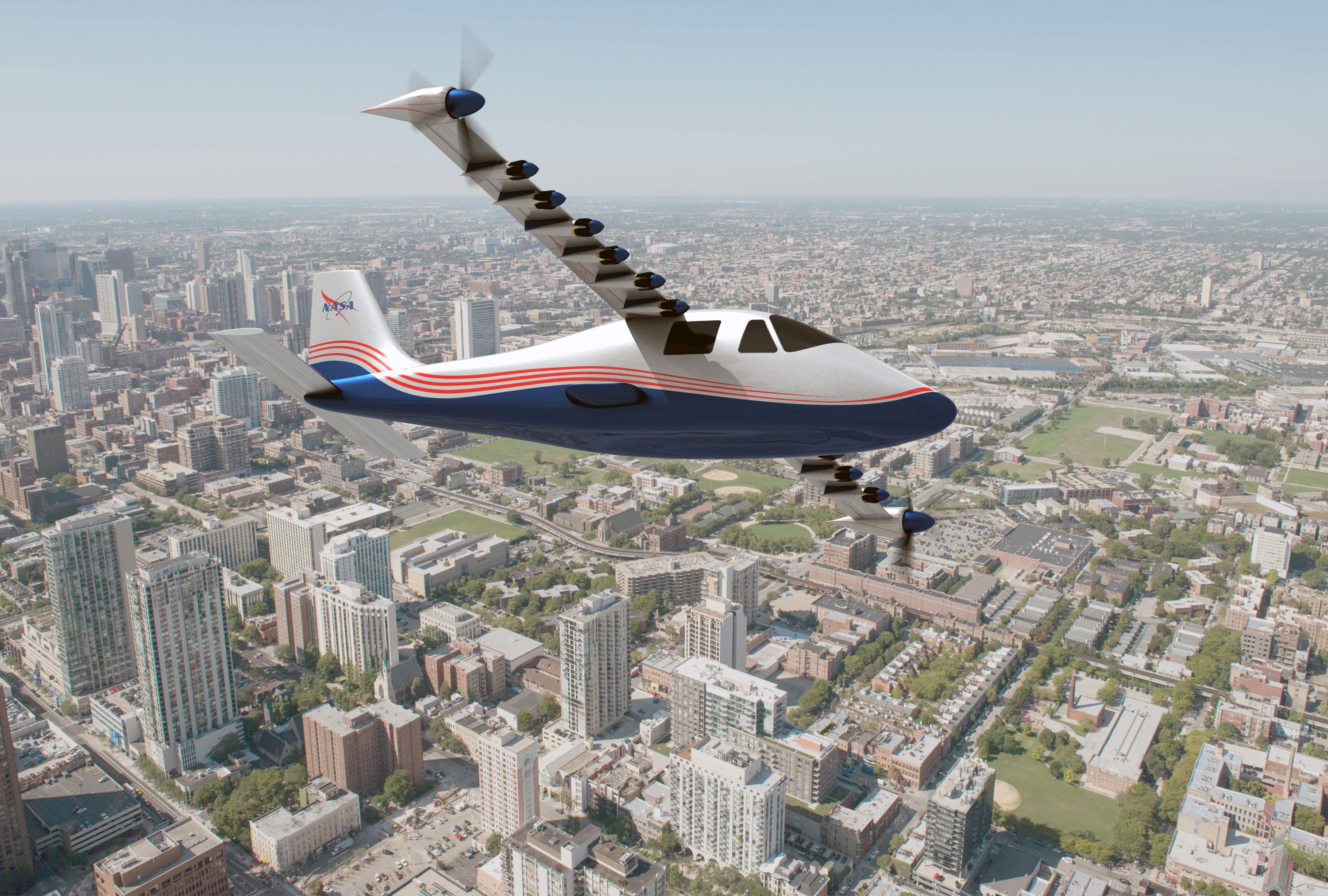 The NASA X-57 Maxwell is an experimental program from NASA to demonstrate the technology of sustainable aircraft. The plane is a modified Tecnam P2006T aircraft with electric propulsion. A total number of 14 electric propellers are mounted across the wing leading edges. The 12 smaller engines are used during take-off and landing, during cruise only the larger outer engines are used. The electric engines are powered by lithium-ion batteries. The 2-man aircraft has a range of 160 km and a rather short flight time of approximately one hour. Testing of the 14 engines and flight simulations commenced in 2015. Its maiden flight on 100 percent electric energy is yet to come.