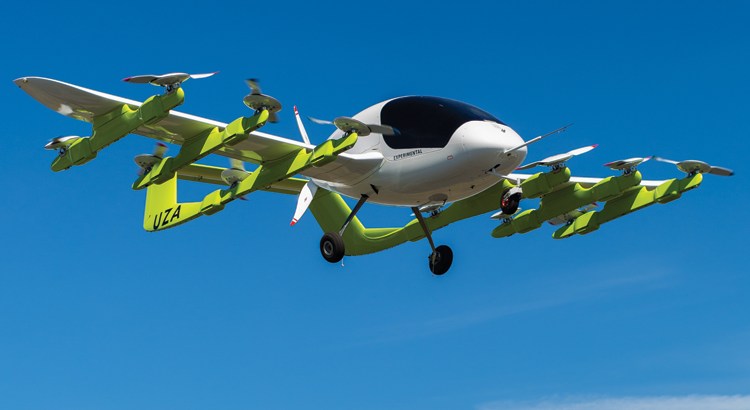 Cora is an electric helicopter-airplane hybrid built by Kitty Hawk, a company that is financed by the founder of Google: Larry Page. The 12 motors that are mounted horizontally on the wing allow the plane to take-off vertically, like a helicopter. Once in flight, the wing mounted motors are shut down and the main motor on the back is started to propel the plane forward. It reaches a speed of 180 km/h with a range of 100 km. Its advanced control systems and agility make it suitable to fly in a city environment. It seats a maximum of two persons.