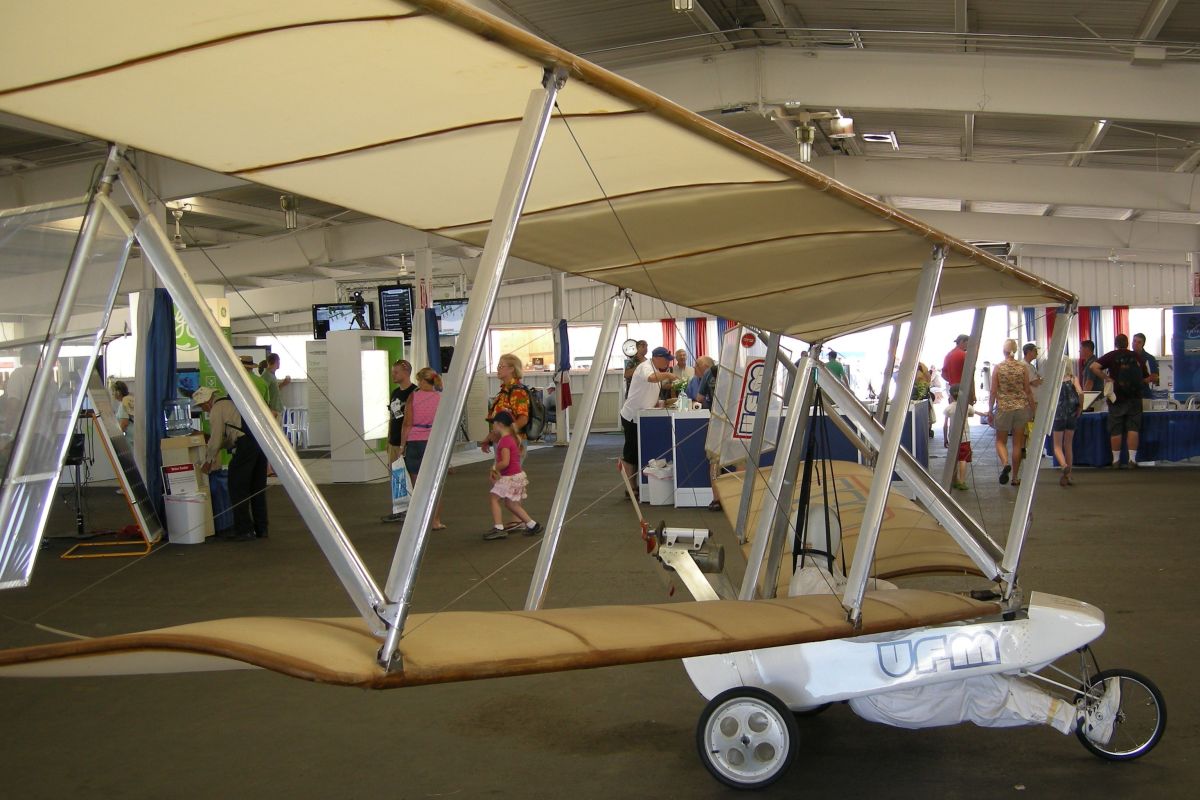 The Mauro Solar Riser was the first manned ultralight airplane powered by solar energy. The plane was based on the  UFM Easy Riser glider airframe. The  Bosch 2.6 kW electromotor was powered by NiCa battery packs. Solar panels were mounted on the wings to provide 350 W of power to the battery packs. The pitfall of the plane is that the solar cells could not provide enough power to sustain flight. The solar energy had to be gained on the ground, before the plane could take off. One charge of an hour and a half would yield a flight of only 3 – 5 minutes. The aircraft lived a very short career. It made its maiden manned flight on 29 April 1979. It never sore higher than 12 meter and flew for only 0.8 km. After only a few more flights the plane was retired and stored in a museum. Photo credits: rodbearden