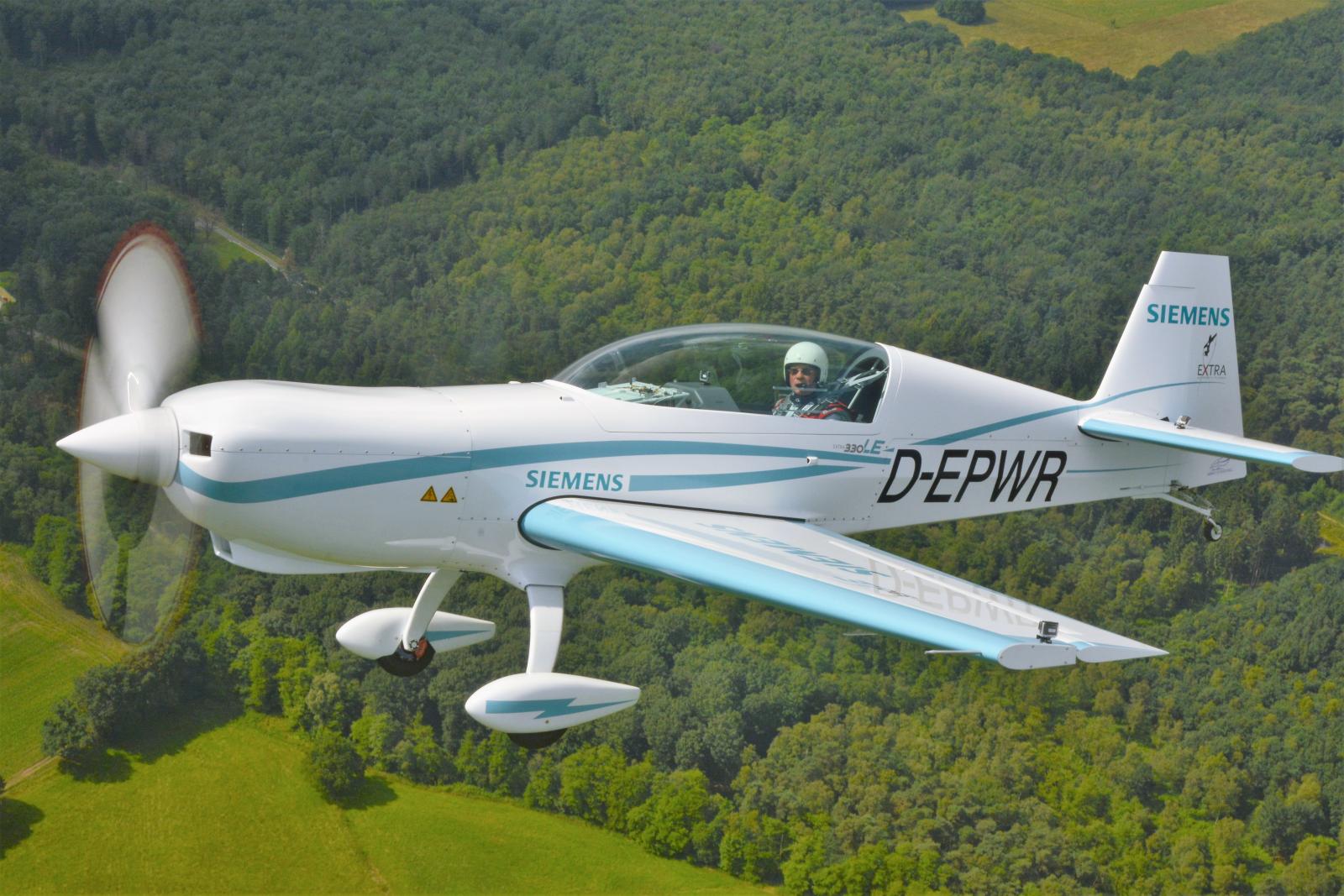 Siemens fitted an Extra EA-300 acrobatic airplane with an electric engine. The plane broke two records. The first for fastest flying electric manned aircraft, at a top speed of 340 km/h. The next day the plane became the first electric glider towing aircraft. The engine delivers 260 kW of power needed for the speed record. Until today the speed record has not yet been broken.