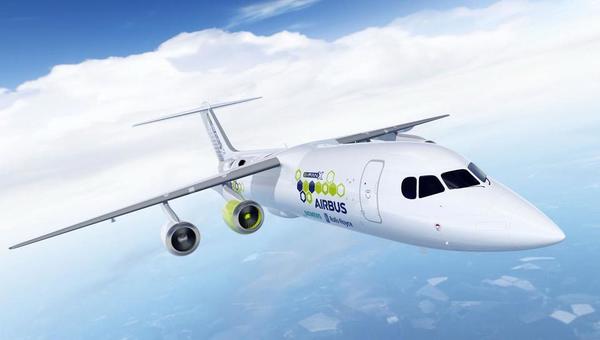 Airbus, Rolls-Royce, and Siemens have formed a partnership which aims at developing a near-term flight demonstrator which will be a significant step forward in hybrid-electric propulsion for commercial aircraft.

The three companies together announced the groundbreaking collaboration, bringing together some of the world’s foremost experts in electrical and propulsion technologies, at the Royal Aeronautical Society in London.

The E-Fan X hybrid-electric technology demonstrator is anticipated to fly in 2020 following a comprehensive ground test campaign, provisionally on a BAe 146 flying testbed, with one of the aircraft’s four gas turbine engines replaced by a two megawatt electric motor. Provisions will be made to replace a second gas turbine with an electric motor once system maturity has been proven.

“The E-Fan X is an important next step in our goal of making electric flight a reality in the foreseeable future. The lessons we learned from a long history of electric flight demonstrators, starting with the Cri-Cri, including the e-Genius, E-Star, and culminating most recently with the E-Fan 1.2, as well as the fruits of the E-Aircraft Systems House collaboration with Siemens, will pave the way to a hybrid single-aisle commercial aircraft that is safe, efficient, and cost-effective,” said Paul Eremenko, Airbus’ Chief Technology Officer. “We see hybrid-electric propulsion as a compelling technology for the future of aviation.”